Success… Personal Development is the Key! 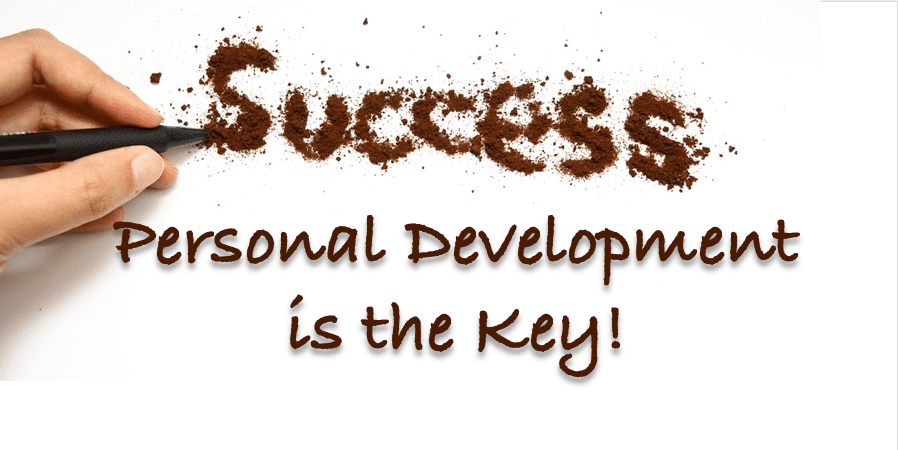 Personal development is the key to success. If we keep on investing on our self, then we grow in every dimension on life, be it personal, professional or financial.

How do we feel after completion of our formal education? We feel like a burden has gone away and generally stop learning anything for personal development except through quick & fast news later in life.

Once we stop learning, we miss so much in our life by not knowing about new technologies, developments related human psychology etc. We keep on doing the things in our traditional way, which many a time are inefficient.

I have seen several things in my professional career, that one particular activity was being executed in one way for 10-15 years. Later one idea changed the whole operation of that activity by making it much efficient. On such occasions, I was wondering, why this could not have been thought earlier!

TIME is a big factor here and we many a time lose much of it. It really depend on the individual who dare to question the routine. Then those individual put effort to bring improved version of that activity. These individuals can be at any stage of hierarchy in organization.

More You Learn, More You Remember

Above was the key mantra for me as a student during my engineering. I preferred to study through books and avoid notes or quantum paper. Logic was simple, If I read one paragraph (in case of quantum paper), I shall remember a part of it in exam. But if I read 4-5 paragraphs (in case of book), logics will be much clear to me on that topic & there are good chances that I shall be able to recall more content in exam.

People many a time feels that they know each and every thing about money. If it’s so then why most people are not successful financially. They many a time forget the difference between asset and liability.

I read Rich Dad & Poor Dad few years back and thankful to Robert Kiyosaki for not purchasing home as it would have been complete liability for me. Instead I preferred in other investments with less burden of EMIs.

I have seen few peoples who bought costly home and put a lot of money for interior work in it. They later transfer or switchover the job to other place. Now somebody else is enjoying that luxury at very minimum rent and on opposite side the owner is paying hefty EMIs.

Anyway, after all home is personal matter, so I leave it to you.

There are several other means of investments, through which your overall wealth keeps on increasing. And after certain years, your money work much harder than you to earn more money. This is the power of correct investment.

One of our life goal must be to ensure (as early as possible) that your money is working for you. At early stage the earning amount may be less, but later due to its exponential growth you will get the abundance.

Below are the words of wisdom on personal growth and development from Steve Siebold through his book ‘177 Mental Toughness Secrets of the World Class: The Thought Processes, Habits and Philosophies of the Great Ones’.

School Is Never Out

Twenty years ago, why some people were so much more successful and fulfilled than others was a mystery to me. Were they smarter? More educated? More talented? The answer is no. Oh, I’ve come across a genius or two over the years, but 99% of the time, the answer is much simpler. The great ones become great because they are more mentally tough. Through time and effort, they have learned to take control of their thoughts, feelings and attitudes in the game of life and in turn, life has rewarded them handsomely. You can do the same thing if you’ll commit yourself to never ending personal growth and development. I’ve said this many times but it’s worthy of repeating: Champions invest time in getting better.

School is never out for the great ones. Have you ever been to the bookstore and wondered who reads all those business and self-improvement books? It’s not the poverty class, or the working class, or the middle class. It’s the world class. The people who need it most wouldn’t even consider it, and the people who need it least wouldn’t consider missing it. A never-ending cycle of self-education is the centerpiece of world- class consciousness.

All it takes to get started is a decision to do it. I’ve referenced the old cliche, “The rich get richer and the poor get poorer.” When I first began studying mental toughness, I didn’t understand why. I do now after reading this book, I hope you do, too.

The masses seem to view personal development as motivational nonsense. Of course, most of these people are struggling to make ends meet. In contrast, many world-class people, and those who aspire to world- class levels, are believers in the personal-development movement. You don’t have to convince a champion to want to win.

Personal development, by definition, is about discovering the unique talents, abilities and potentials that lie dormant within us. The great ones are always looking for that one little adjustment, strategy, distinction or technique that will give them an edge over the competition, and that’s exactly what personal development offers.

As Bill Gove was famous for saying, “All of us already have everything we need inside of us to make our lives work. Personal development is not about self-improvement . . . it’s about self-discovery. It’s about rediscovering what we already know”

They Cannot Fail, They Can Only Learn & Grow

Champions are committed to never-ending personal and professional growth. Average performers believe learning and growing begins and ends in school. The world-class ranks realize graduation is the beginning of the road, not the end.

Professional performers attempt so many things over the course of their life- times that their mental growth rate is staggering compared to the masses. While amateurs avoid risk at any cost, the great ones are always looking for opportunities. They are willing to fail their way to success.

The belief of the champion, according to author Larry Wilson, is “I cannot fail… I can only learn and grow”

This belief makes pros very dangerous performers. While average people attempt to win while simultaneously trying to avoid pain, champions give it the full-court press with little or no concern about failing. Champions have programmed themselves to disengage their fear and move full speed ahead. The middle and lower class are amateurs at failing; they are so afraid of it they only attempt goals they know they can reach. The feelings of enjoyment that champions experience don’t stem from their successes, but from the fulfilment of the growth that occurred along the way.

The swiftest way to triple your success is to double your investment in personal development. – Robin Sharma