Secrets of Billionaires – What it takes to move from millionaire to billionaire?

by Fastlane Freedom
in money
Reading Time:6min read
A A Secrets of billionaires have been revealed from time to time by carrying out years of interactive research work on them. In 1908, when Napoleon Hill was assigned an interview with Andrew Carnegie—the wealthiest man in the world at the time—he didn’t imagine the journey that was awaiting him. Carnegie, himself an extremely successful entrepreneur, had the conviction that something resembling a success formula must exist—one that could be shaped into a reliable system that anybody could follow.

Impressed by Hill’s intellect, Carnegie asked him if he was up to the task of formulating such a system by interviewing the most successful people in America and analyzing the results. Hill grab that opportunity. Carnegie gave him a letter of introduction to automotive magnate Henry Ford. The latter then introduced him to Alexander Graham Bell (inventor of the telephone), Elmer R. Gates (inventor of the fire extinguisher), Thomas Edison (inventor of the light bulb), and Luther Burbank (agricultural pioneer).

Hill went on to interview these individuals and many others who were among the wealthiest and most successful people of his time. After 20 years of research, he published his Philosophy of Achievement as a formula for rags-to-riches success in his monumental work The Law of Success. He condensed this knowledge into his famous work Think and Grow Rich, which went on to become one of the best-selling books of all time—and continues to sell in multiple versions and formats.

A similar task has been done by Rafael Badziag to make us understand billionaire’s life and their success secrets. He had done interviews with more than twenty self-made billionaires across the globe. Most of them are not from developed countries and also not having strong family backgrounds.

Have you ever asked yourself why is it that despite all your hustle every day, you aren’t where you want to be in life? How is it possible that some people during one life span manage to build organizations of hundreds of thousands of people and create the amount of value that an average person would need hundreds of thousands of years to create? What is their secret? Is it just a question of lucky circumstances? Is it their environment? Maybe it is their education? Or does the secret lie in their personalities? What are the keys to their phenomenal success? What do their belief systems consist of? And what are the mindsets and success rituals that these influential people have used to create such massive wealth? What drives them? What is the source of their exceptional motivation? And what gives them the energy to relentlessly pursue such outrageous goals? What is it in the personalities of self-made billionaires that made them achieve so much more than an average entrepreneur and become so extremely successful in business?

The book ‘The Billion Dollar Secret’ is the result of a five-year journey that took Rafael Badziag, several times around the globe to find the answers to these questions. Some of the excerpts from this outstanding work-

The scale of your thinking determines the size of your achievements, so you better be ambitious and dream big. In order to become BIG, you need to think BIG and have a limitless desire for growth.

What Is a Billionaire?

A billionaire is a person with a net worth of at least $1 billion (> ₹ 7,000 Crore). Let us understand this figure-

Seldom do these people have billions of dollars sitting in their personal bank accounts, either; when they do, this is only for a limited time between transactions. Rather, almost all of their money is invested in companies, stock, and/or real estate. It would be irresponsible to have so much cash lying around. The money would be eaten up by inflation, and there is also always the risk of a bank going bankrupt.

Artist Michael Marcovici created a work of art, One Billion Dollar, which physically depicted $1 billion in printed money. When the piece was exhibited in Vienna, Austria, Marcovici was asked why he didn’t use real money. His answer? Nobody could afford the ticket. Even if he borrowed it at only 1% a year interest from a bank, it would cost around $200,000 to have that real money used in a one-week exposition.

An entrepreneur or investor usually wants to see profit from his money—say 5%. In this case, keeping $1 billion in cash around the house would mean $135,000 opportunity cost each and every day. This is more than most people earn in a year. Few people do this voluntarily.

Many people fail to see the difference between a millionaire and a billionaire. In reality, the differences are gigantic. Consider the following examples for reference-

The gap between millionaires and billionaires is colossal not only with respect to their wealth but also in terms of the power and impact they have. Billionaires literally change the world.

Cai Dongqing, called the Chinese Walt Disney, stresses that you need to dare to dream and fight for it. Asked about the difference between millionaires and billionaires, he says: “They have different goals which will decide whether they will get going or feel satisfied with the status quo after they have reached the first level of success.”

That’s also what Frank Stronach, the Canadian billionaire and founder of Magna, confirms: “Once you stop dreaming, you’re a dead person. There’s no limit to dreaming. It’s unlimited. Knowledge is limited. You must always have dreams. Once you have a dream, then you daydream, and then you say what you have to do to maybe fulfill those dreams.”

Dreaming big is one thing. Doing big things is another. Michał Sołowow, the wealthiest person in Poland, shares an interesting perspective on this: “I went into construction because I have always believed that by making things big and expensive, I will obtain much greater margins than by doing small and cheap things. Therefore, instead of producing a hand-cleaning paste for a dollar, I preferred to build a building for $10 million. Assuming that by producing a hand-cleaning paste the margin will be none or minimal. In my construction industry, the money was big, and in consequence, I had more of it at my disposal and managed to use it.”

So break up the limits that hold you back and do a bigger thing!

“If you don’t find a way to make money while you sleep, you will work until you die.”- Warren Buffett 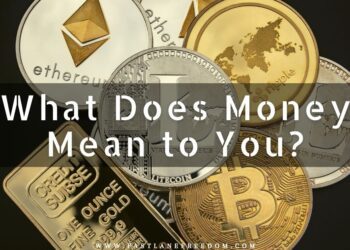 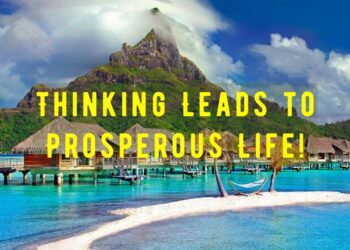 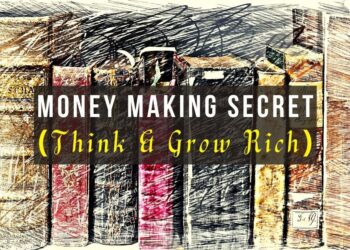 Top Mind Quotes - Become the Master of Your Destiny