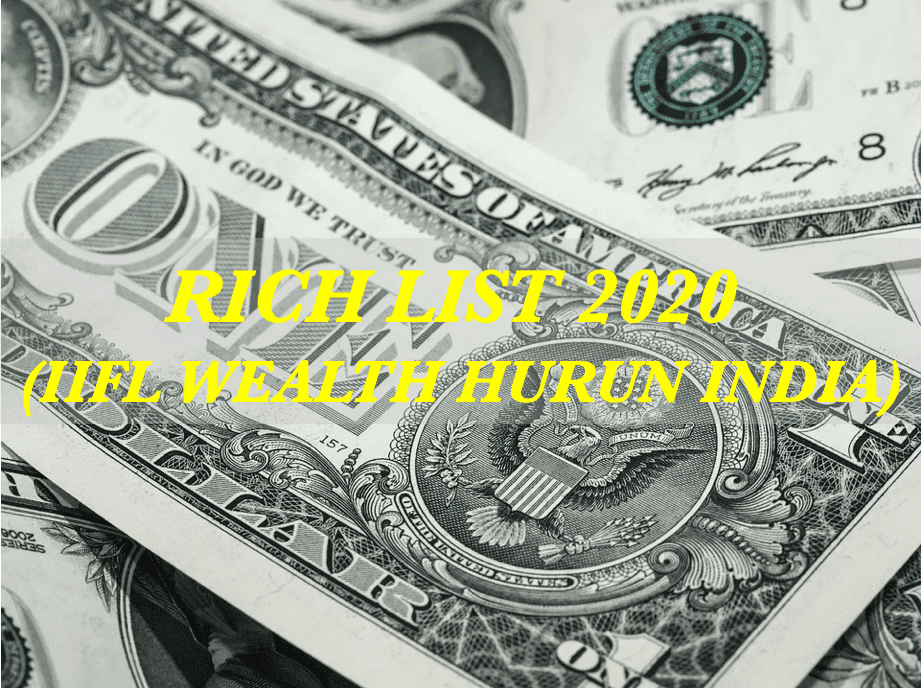 827 individuals across 111 cities have been identified in IIFL Wealth Hurun India Rich List 2020. Cumulative wealth for this year increased by 20% compared to that of last year while average wealth increase by 9%. 673 individuals saw their wealth increase or stay the same – that is 81% of the list.

Speaking at the launch, Yatin Shah, Executive Director, IIFL Wealth & Asset Management said, “The IIFL Wealth Hurun India Rich List 2020, is a testament to our belief in the India growth story. Despite these unprecedented times, it is encouraging to note that the IIFL Wealth Hurun India Rich List 2020 has only grown. The sentiment among entrepreneurs and industry leaders has improved in recent months. India is witnessing multiple themes playing out simultaneously, which include rising wealth creation in Tier 2 and Tier 3 cities, change in behavior of wealthy families with wealth preservation dominating investment decisions.”

“India is a land of entrepreneurs and we are indeed pleased that IIFL Wealth Hurun India Rich List 2020, is able to showcase not just entrepreneurship but various other facets of our nation’s wealth creators. What is even more encouraging is that while the number of wealthy in the top cities have increased, the list features entrepreneurs from 111 cities, which is a testimony of the wealth creation taking place across the country.”

“The IIFL Wealth Hurun India Rich List is a barometer of the Indian economy, helping us understand which industries have gone up, innovated, or gone down. The stories of these entrepreneurs tell the stories of India’s modern businesses.”

“28% of the upswing in wealth on the list has been bestowed by Mukesh Ambani, bespeaking Ambani’s meteoric success post diversifying from oil to telecom and retail. A further 21% of the additional wealth has been generated by pharma, mainly on the back of the rise in healthcare spends and a realigned priority towards personal healthcare stimulated by the Covid-19.”

“With rising new wealth creators such as innovative startups, family businesses with strong professional management, investors who believe in the India story, and a demographic advantage that is inferior to none, India’s wealth creation story  is still yet to reach the half-way mark.”

“Assuming that for every one Hurun rich lister we have found, we have probably missed two, it is likely that India today has 3,000 individuals with INR 1,000 Cr”, continued, Anas Rahman Junaid, MD and Chief Researcher, Hurun India.

“Avenue Supermarts founder Radhakishan Damani makes a debut and Dilip Shanghvi of Sun Pharma regains a spot in the top 10. Mukesh Ambani and the Hinduja brothers have retained their respective positions for the third consecutive year. The cut-off for the top 10 rose by 6% to INR 76,000 Cr this year, a 10% increase compared to the previous year.

With a wealth of INR 6,58,400 Cr, Mukesh Ambani continues to be the richest man in India. At the beginning of the Covid-19 pandemic, Ambani’s wealth dropped by 28% to INR 3,50,000 Cr and then backed by a series of fundraising and strategic investment from Facebook, Google, and so on into Jio and Reliance Retail, his valuation registered a “V-shaped recovery” and increased by 85% in 4 months. Despite the ongoing pandemic, Reliance’s market cap crossed INR 10 lakh Cr and registered a 73% increase in Mukesh Ambani’s wealth.

“Ambani’s wealth is now bigger than the combined wealth of the next 5 in the list.”, said Anas Rahman Junaid, MD, and Chief Researcher, Hurun India.

With a wealth of INR 1,43,700 Cr, the Hinduja brothers occupy the second spot in the list. The brothers saw the valuation drop by 23% due to the lackluster performance of their flagship companies such as IndusInd Bank, Gulf Oil, and GOCL Corporation Limited whose share price came down by 54%, 12%, and 19% respectively. The brothers are based between London, Geneva, and Mumbai.

With a wealth of INR 1,41,700 Cr, the founder of HCL, Shiv Nadar ranks third, backed by a 37% increase in HCL’s share price. Nadar jumped 2 ranks to third place in the IIFL Wealth Hurun India Rich List 2020. In July 2020, after Shiv Nadar stepped down as the Chairman, his daughter Roshni Nadar Malhotra took charge of HCL as its Chairperson.

With a wealth of INR 1,40,200 Cr, Gautam Adani & family ranks fourth in the IIFL Wealth Hurun India Rich List 2020. Backed by the performance of Adani Green, Gautam Adani’s wealth increased by 48% compared to that of last year. Adani moved up two places to the fourth rank, thereby breaking into the top 5 for the first time. This year, in August, Adani Green became the first Adani Group company to cross the 1 Lakh Cr market cap. Adani Group also manages 6 airports in the country and has bid for more.

With a wealth of INR 1,14,400 Cr, Azim Premji moves down 2 positions to the fifth rank. A celebrated philanthropist, Azim Premji through his foundation and two other scientific institutes joined hands in May 2020 to fight the COVID-19 pandemic, by conducting research to find innovative testing methods. He celebrated his 75th birthday this year and the publisher Harper Collins announced the commencement of his biography titled “The Man Beyond the Billions”.

With a wealth of INR 94,300 Cr, Cyrus S Poonawalla of Serum Institute of India occupies the sixth position. Poonawalla’s wealth increased by 6% and gained two ranks; in June 2020, Poonawalla debuted in the top 100 on Hurun Global Rich List. Serum Institute of India (SII) is working closely with Oxford University and multiple institutions to manufacture and distribute Covid-19 vaccines. In August this year, SII announced its partnership with the Bill and Melinda Gates Foundation to deliver up to 100 million doses of the vaccine to India and other low and middle-income countries.

With a wealth of INR 87,200 Cr, Radhakishan Damani, the founder of Avenue Supermarts, stormed into the top 10 for the first time in the IIFL Wealth Hurun India Rich List. Since its IPO in 2017, Avenue Supermarts’ share price has increased by more than 250% and its rank in the list increased by 23 places. A media-shy veteran, Damani, who is also a revered investor, was in the news for buying 2.75% of India Cements through an open market transaction.

With a wealth of INR 84,000 Cr, Dilip Shanghvi regains ninth rank (up 2 places) in the IIFL Wealth Hurun India Rich List 2020. Backed by a 22% increase in the share price of Sun Pharma, Dilip Shanghvi’s wealth increased by 17% or INR 12,500 Cr. Sun Pharma’s share price decreased by 25% during the beginning of March lockdown and registered a strong V-shaped recovery, and gained back a whopping 60% over the last 6 months.

“These V-shaped recoveries suggest that the March lows were a reasonably good opportunity to invest in the companies owned by some of the top wealth creators in India”, said Anas Rahman Junaid, MD, and Chief Researcher, Hurun India.

The tenth position in the list is shared by the Pallonji brothers, Cyrus and Shapoor Pallonji. Each of them registered a wealth of INR 76,000 Cr. On the back of SP group agreeing to sell its 18.37% stake in Tata Sons for a valuation of INR 1.75 lakh Cr, the Shapoorji Pallonji-Tata relationship spanning over 70 years would finally be coming to an end.

If you’re born poor it’s not your fault but if you die poor it’s your fault.- Dhirubhai Ambani 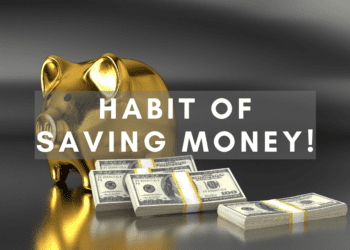 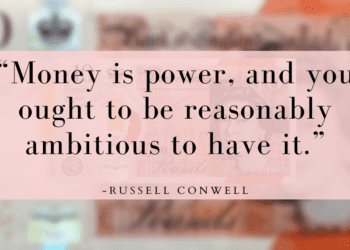 Product vs Perception in Marketing

The Richest Man in Babylon