Power of Imagination in Financial Success! 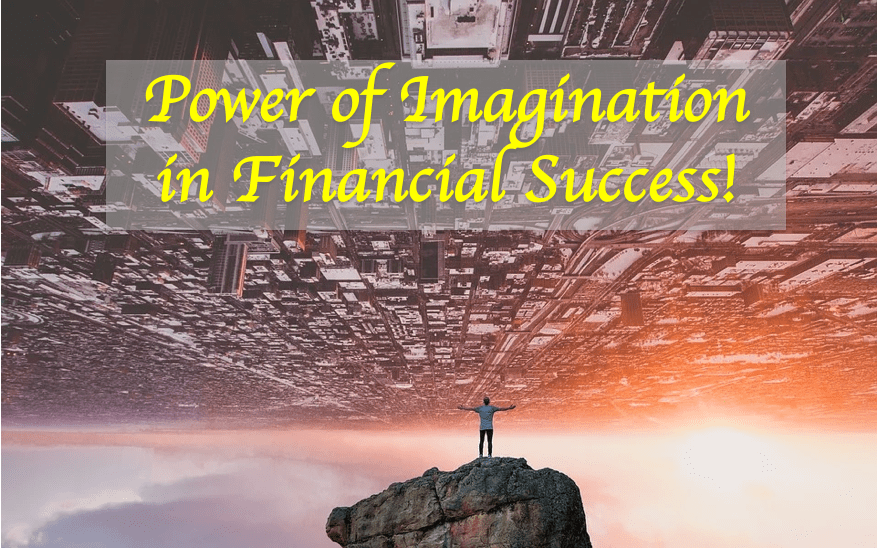 There are several real example in the world about financial success by power of imagination. We generally get each things twice in our life, one while visualizing about it in our mind and then getting that physically. Same is true for your financial accomplishment as well.

You decide your target amount of money, target date for accomplishment and what you are willing to sacrifice to achieve that. Now you need to repeat this every day in morning and evening with full faith. Then slowly this will sink to your subconscious power, which indirectly connected to God, then miracle happens.

When I was working in rotating shifts in my company somewhere in 2008, one day I got book in my colleague room titled ‘Think and Grow Rich’ by Napoleon Hill. In this book I like one thought that, Hard work is not the key to become rich, if this could have been true, then each labour must have been either millionaire or billionaire.

I like this thought so much that on next day I bought that book. This thought, wake me up from inside, because throughout my life, I was having one phenomenon as only hard work is the key to success, be it financial or any other. Most of us get this lesson in our childhood from our elders that with hard work, you can achieve each and every thing in life. But sad fact is it’s really not true as you will get tired one day with hardship.

After reading this book, I decide to implement concept of Imagination on myself. I decided to achieve X amount of asset with target date as after three year from that particular date. After following certain principle as stated in this book, I practice them with full faith and reset by old beliefs.

Truly, after little more than three year I achieved that decided amount of asset. This was not less than a miracle to me. From that day onwards, I was clear that a different thought process is require to achieve your financial targets in life.

Power of Imagination (a True Story)! 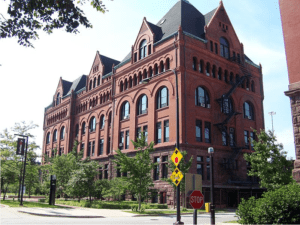 This story proves the truth of that old saying, “where there’s a will, there’s a way.” It was told to me by that beloved educator and clergyman, the late Frank W. Gunsaulus, who began his preaching career in the stockyards region of South Chicago.

While Dr. Gunsaulus was going through college, he observed many defects in our educational system, defects which he believed he could correct, if he were the head of a college. His deepest desire was to become the directing head of an educational institution in which young men and women would be taught to “learn by doing.” He made up his mind to organize a new college in which he could carry out his ideas, without being handicapped by orthodox methods of education.

He needed a million dollars to put the project across! Where was he to lay his hands on so large a sum of money? That was the question that absorbed most of this ambitious young preacher’s thought. But he couldn’t seem to make any progress. Every night he took that thought to bed with him. He got up with it in the morning. He took it with him everywhere he went. He turned it over and over in his mind until it became a consuming obsession with him.

A million dollars is a lot of money. He recognized that fact, but he also recognized the truth that the only limitation is that which one sets up in one’s own mind. Being a philosopher as well as a preacher, Dr. Gunsaulus recognized, as do all who succeed in life, that DEFINITENESS OF PURPOSE is the starting point from which one must begin. He recognized, too, that definiteness of purpose takes on animation, life, and power when backed by a BURNING DESIRE to translate that purpose into its material equivalent.

He knew all these great truths, yet he did not know where, or how to lay his hands on a million dollars. The natural procedure would have been to give up and quit, by saying, “Ah well, my idea is a good one, but I cannot do anything with it, because I never can procure the necessary million dollars.” That is exactly what the majority of people would have said, but it is not what Dr. Gunsaulus said.

What he said, and what he did are so important that I now introduce him, and let him speak for himself. “One Saturday afternoon I sat in my room thinking of ways and means of raising the money to carry out my plans. For nearly two years, I had been thinking, but I had done nothing but think! “The time had come for ACTION! “I made up my mind, then and there, that I would get the necessary million dollars within a week. How? I was not concerned about that. The main thing of importance was the decision to get the money within a specified time, and I want to tell you that the moment I reached a definite decision to get the money within a specified time, a strange feeling of assurance came over me, such as I had never before experienced.

Something inside me seemed to say, ‘Why didn’t you reach that decision a long time ago? The money was waiting for you all the time!’ “Things began to happen in a hurry. I called the newspapers and announced I would preach a sermon the following morning, entitled, ‘What I would do if I had a Million Dollars.’ “I went to work on the sermon immediately, but I must tell you, frankly, the task was not difficult, because I had been preparing that sermon for almost two years.

The spirit back of it was a part of me! “Long before midnight I had finished writing the sermon. I went to bed and slept with a feeling of confidence, for I could see myself already in possession of the million dollars. “Next morning I arose early, went into the bathroom, read the sermon, then knelt on my knees and asked that my sermon might come to the attention of someone who would supply the needed money. “While I was praying I again had that feeling of assurance that the money would be forthcoming. In my excitement, I walked out without my sermon, and did not discover the oversight until I was in my pulpit and about ready to begin delivering it. “It was too late to go back for my notes, and what a blessing that I couldn’t go back!

Instead, my own subconscious mind yielded the material I needed. When I arose to begin my sermon, I closed my eyes, and spoke with all my heart and soul of my dreams. I not only talked to my audience, but I fancy I talked also to God. I told what I would do with a million dollars if that amount were placed in my hands. I described the plan I had in mind for organizing a great educational institution, where young people would learn to do practical things, and at the same time develop their minds.

“When I had finished and sat down, a man slowly arose from his seat, about three rows from the rear, and made his way toward the pulpit. I wondered what he was going to do. He came into the pulpit, extended his hand, and said, ‘Reverend, I liked your sermon. I believe you can do everything you said you would, if you had a million dollars. To prove that I believe in you and your sermon, if you will come to my office tomorrow morning, I will give you the million dollars. My name is Phillip D. Armour.’”

Young Gunsaulus went to Mr. Armour’s office and the million dollars was presented to him. With the money, he founded the Armour Institute of Technology. That is more money than the majority of preachers ever see in an entire lifetime, yet the thought impulse back of the money was created in the young preacher’s mind in a fraction of a minute. The necessary million dollars came as a result of an idea. Back of the idea was a DESIRE which young Gunsaulus had been nursing in his mind for almost two years.

Observe this important fact . . . HE GOT THE MONEY WITHIN THIRTY-SIX HOURS AFTER HE REACHED A DEFINITE DECISION IN HIS OWN MIND TO GET IT, AND DECIDED UPON A DEFINITE PLAN FOR GETTING IT!

There was nothing new or unique about young Gunsaulus’ vague thinking about a million dollars, and weakly hoping for it. Others before him, and many since his time, have had similar thoughts. But there was something very unique and different about the decision he reached on that memorable Saturday, when he put vagueness into the background, and definitely said, “I WILL get that money within a week!” God seems to throw Himself on the side of the man who knows exactly what he wants, if he is determined to get JUST THAT! Moreover, the principle through which Dr. Gunsaulus got his million dollars is still alive!

“What is now proved was once only imagined.” ―William Blake No Well off, Still a Self-made Billionaire !

You Can or You Can’t (Beliefs)!

[…] their confidence. The good news is that you too can acquire this confidence that will enable you to think big and transform your life in each dimension including […]

Think Big and Feel the Abundance in Life! - Fastlane Freedom

[…] their confidence. The good news is that you too can acquire this confidence that will enable you to think big and transform your life in each dimension including […]