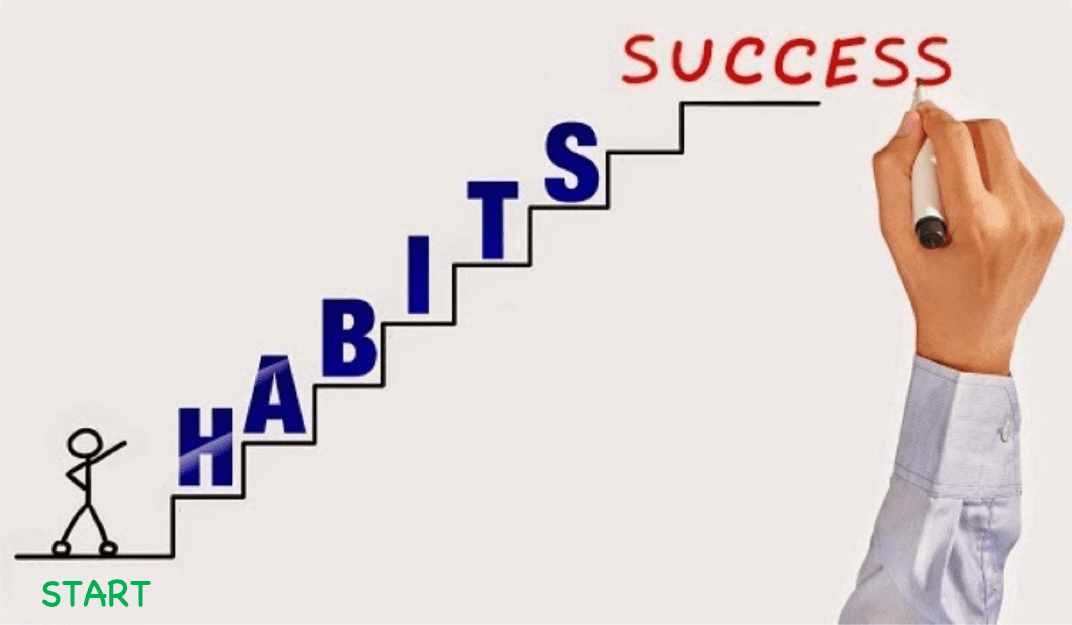 I like to read the book, articles on human psychology, money, wealth, finance, business topics and implement key principles for self-improvement and also for other. During this journey, I found many phenomenal things  purely based on research & case studies, about which I was not at all aware but all these things are life changing. In human psychology section all the linkage of either success or failure connect to habits, beliefs, mindsets, conscious, subconscious, thought process of individual. With them anybody can transform his/her life from current stage to desired stage.

Charles Duhigg in his book ‘Power of Habit’ has provided a great insight about Michael Phelps (American Swimmer) habits. How those habits help Phelps to become most successful and most decorated Olympian of all time.

When Michael Phelps’s alarm clock went off at 6:30 A.M. on the morning of August 13, 2008, he crawled out of bed in the Olympic Village in Beijing and fell right into his routine. He pulled on a pair of sweatpants and walked to breakfast. He had already won three gold medals earlier that week—giving him nine in his career—and had two races that day. By 7 A.M., he was in the cafeteria, eating his regular race-day menu of eggs, oatmeal, and four energy shakes, the first of more than six thousand calories he would consume over the next sixteen hours.

Phelps’s first race—the 200-meter butterfly, his strongest event—was scheduled for ten o’clock. Two hours before the starting gun fired, he began his usual stretching regime, starting with his arms, then his back, then working down to his ankles, which were so flexible they could extend more than ninety degrees, farther than a ballerina’s en pointe. At eight-thirty, he slipped into the pool and began his first warm-up lap, 800 meters of mixed styles, followed by 600 meters of kicking, 400 meters pulling a buoy between his legs, 200 meters of stroke drills, and a series of 25-meter sprints to elevate his heart rate. The workout took precisely forty-five minutes.

At nine-fifteen, he exited the pool and started squeezing into his LZR Racer, a bodysuit so tight it required twenty minutes of tugging to put it on. Then he clamped headphones over his ears, cranked up the hip-hop mix he played before every race, and waited.

Phelps had started swimming when he was seven years old to burn off some of the energy that was driving his mom and teachers crazy. When a local swimming coach named Bob Bowman saw Phelps’s long torso, big hands, and relatively short legs (which offered less drag in the water), he knew Phelps could become a champion. But Phelps was emotional. He had trouble calming down before races. His parents were divorcing, and he had problems coping with the stress.

Bowman purchased a book of relaxation exercises and asked Phelps’s mom to read them aloud every night. The book contained a script—“Tighten your right hand into a fist and release it. Imagine the tension melting away”—that tensed and relaxed each part of Phelps’s body before he fell asleep.

Bowman believed that for swimmers, the key to victory was creating the right routines. Phelps, Bowman knew, had a perfect physique for the pool. That said, everyone who eventually competes at the Olympics has perfect musculature. Bowman could also see that Phelps, even at a young age, had a capacity for obsessiveness that made him an ideal athlete. Then again, all elite performers are obsessives.

What Bowman could give Phelps, however—what would set him apart from other competitors—were habits that would make him the strongest mental swimmer in the pool. He didn’t need to control every aspect of Phelps’s life. All he needed to do was target a few specific habits that had nothing to do with swimming and everything to do with creating the right mind-set. He designed a series of behaviours that Phelps could use to become calm and focused before each race, to find those tiny advantages that, in a sport where victory can come in milliseconds, would make all the difference.

When Phelps was a teenager, for instance, at the end of each practice, Bowman would tell him to go home and “watch the videotape. Watch it before you go to sleep and when you wake up.”

The videotape wasn’t real. Rather, it was a mental visualization of the perfect race. Each night before falling asleep and each morning after waking up, Phelps would imagine himself jumping off the blocks and, in slow motion, swimming flawlessly. He would visualize his strokes, the walls of the pool, his turns, and the finish. He would imagine the wake behind his body, the water dripping off his lips as his mouth cleared the surface, what it would feel like to rip off his cap at the end. He would lie in bed with his eyes shut and watch the entire competition, the smallest details, again and again, until he knew each second by heart.

During practices, when Bowman ordered Phelps to swim at race speed, he would shout, “Put in the videotape!” and Phelps would push himself, as hard as he could. It almost felt anticlimactic as he cut through the water. He had done this so many times in his head that, by now, it felt rote. But it worked. He got faster and faster. Eventually, all Bowman had to do before a race was whisper, “Get the videotape ready,” and Phelps would settle down and crush the competition.

And once Bowman established a few core routines in Phelps’s life, all the other habits—his diet and practice schedules, the stretching and sleep routines—seemed to fall into place on their own. At the core of why those habits were so effective, why they acted as keystone habits, was something known within academic literature as a “small win.”

“I have learned that champions aren’t just born; champions can be made when they embrace and commit to life-changing positive habits.” ―Lewis Howes

Small wins are exactly what they sound like, and are part of how keystone habits create widespread changes. A huge body of research has shown that small wins have enormous power, an influence disproportionate to the accomplishments of the victories themselves. “Small wins are a steady application of a small advantage,” one Cornell professor wrote in 1984. “Once a small win has been accomplished, forces are set in motion that favour another small win.” Small wins fuel transformative changes by leveraging tiny advantages into patterns that convince people that bigger achievements are within reach. Which One is more Powerful Idea or Execution !

[…] people adopt habit of blaming, they see most of the things, be it small or big with this angle. How students use this, […]

[…] you were an infant, you learned how to walk. It was a conscious process. Then it became a habit. Today, you don’t have to think, “I’m going to walk from this side of the room to the other […]

[…] but still they do it. If they do not change their behaviour, this nature of criticism become habit. This gives negative impact to parents as well as […]

[…] Habit play a vital role on saving and investing money, thus making individual’s life prosperous. In general peoples correlate habits only for non-financial aspects of life, which is only half truth. […]