Know the Science of Habit Formation in 7 Easy Steps

Are You Spending Your Time the Way You Want?

Importance of Fair Process in Corporate World (A Real Story)

Know the Science of Habit Formation in 7 Easy Steps

in Mindfulness
Reading Time: 6min read
A A

What is a habit and how do they form? A habit is a routine of behavior that is repeated regularly and tends to occur subconsciously. The American Journal of Psychology defined a “habit, from the standpoint of psychology, is a more or less fixed way of thinking, willing, or feeling acquired through previous repetition of a mental experience.”

Mind Power – Direct the Flow of Your Consciousness

But where do these habits originate? A habit develops as the result of your responding in a particular way to a particular stimulus, often starting early in life. You are born with no habits at all. You have acquired them all since infancy. Different habits take different time periods to develop, whether they are ones you desire or ones you want to break. Fortunately, there is a proven system you can use to accelerate the process of new habit pattern development.

Behavioral psychologists refer to “operant conditioning” to describe how people learn certain automatic behaviors. They sometimes refer to the “SBC model” of new habit pattern formation. These three letters stand for “stimulus, behavior, and consequences.” First, something happens in your life that stimulates a thought or feeling. Second, in response, you behave a particular way. Third, as a result, you experience a certain consequence. If you repeat this process often enough, you develop a new habit.

In experiments conducted by Russian scientist Ivan Pavlov with dogs—some of the first major experiments on the role of classical conditioning—a hungry dog was given food while a bell was rung at the same time. This process was repeated several times over several days. Each time the dog received the food, the dog would salivate in anticipation of it, and the bell would ring. After repeating this stimulus-response action several times, the dog would salivate automatically upon hearing the bell, even when no food was present.

In the same way, you can develop conditioned responses to people and situations as the result of previous experiences, either positive or negative. For example, if there is someone in your life you love and care about, the thought of that person or the sound of that person’s voice on the phone will immediately cause you to smile and feel happy.

Conversely, if there is a person in your life, usually from your past, who has hurt you and made you angry or unhappy, the very thought of that person or even the person’s name will immediately trigger feelings of anger or sadness. Many people become trapped by memories of unhappy experiences, which have become habitual responses and are often unable to let them go.

How long does it take to develop a new habit? The time period can range from a single second to several years. The speed of new habit pattern development is largely determined by the intensity of the emotion that accompanies the decision to begin acting in a particular way. Many people think, talk about, and resolve to lose weight and become physically fit. This may go on for years. Then one day, the doctor says, “If you don’t get your weight down and improve your physical condition, you are in danger of dying at an early age.”

Suddenly, the thought of dying can be so intense or frightening that the individual immediately changes his diet, begins exercising, stops smoking, and becomes a healthy and fit person. Psychologists refer to this as a “significant emotional experience (SEE)”. Any experience of intense joy or pain can trigger a new behavior pattern that may endure for the rest of a person’s life.

For example, putting your hand on a hot stove or touching a live electrical wire will give you an intense and immediate pain or shock. The experience may only take a split second. But for the rest of your life, you will possess the habit of not putting your hand on hot stoves or touching live electrical wires. The habit will have been formed instantly and will endure permanently. 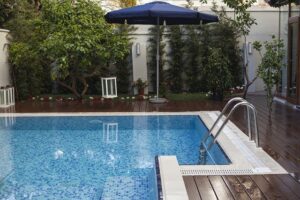 I have seen one Vice President of a company, who was not conscious about his health. One day he got the major issue of a frozen shoulder and suffered for months. He was not able to wear a blazer for corporate meetings. This feeling has triggered a complete change in his behavior. Suddenly he become so conscious about health that he started swimming and running as per his physiotherapist’s instruction. And for the last several years he is now following this routine and is now completely fit and healthy.

According to the experts, it takes about 21 days to form a habit pattern of medium complexity. By this, we mean simple habits such as getting up earlier, exercising each morning before you start out, listening to audio programs in your car, going to bed at a certain hour, being punctual for appointments, planning every day in advance, starting with your most important tasks each day, or completing one task before you start something else. These are habits of medium complexity that can be quite easily developed in about three weeks through practice and repetition.

Seven Steps to a New Habit

Over the years, a simple, powerful, proven methodology has been created for new habit development. This includes seven steps. It is very much like a recipe for preparing a dish in the kitchen. You can use it to acquire any habit you desire. Over time, you will find it easier and easier to develop the habits you want to incorporate into your personality.

Decide clearly that you are going to begin acting in a specific way 100 percent of the time. For example, if you decide to arise early and exercise each morning, set your clock for a specific time; when the alarm goes off, immediately get up, put on your workout clothes, and begin your exercise session.

Inform people around you that you are going to begin practicing a specific behavior. It is amazing how much more disciplined and determined you will become when you know others are watching you to see if you have the willpower to follow through on your resolution.

In your mind’s eye, see yourself performing the desired behavior. The more often you visualize yourself acting as if you already had the new habit, the more rapidly this new behavior will be accepted by your subconscious mind and become automatic.

Repeat the affirmation over and over to yourself. This repetition dramatically increases the speed at which you develop the new habit. For example, you can say something like, “I get up and get going immediately at six each morning!” Repeat these words right before you fall asleep. Most mornings you will automatically wake up minutes before the alarm clock goes off, and soon you will need no alarm clock at all.

Keep practicing the new behavior until it is so automatic and easy that you actually feel uncomfortable when you do not do it. If I didn’t do a workout in the morning or read a few pages of a book, I feel uncomfortable. I am following my morning routine since 2018 without a break.

Most important, give yourself a treat of some kind for practicing the new behavior. Each time you reward yourself, you reaffirm and reinforce the behavior. Soon you begin to associate, at an unconscious level, the pleasure of the reward with the behavior. You set up your own force field of positive consequences that you unconsciously look forward to as the result of engaging in the behavior you have decided upon. (Inspired from ‘Million Dollar Habits’ by Brian Tracy.)

ADVERTISEMENT
No Result
View All Result