Keep the End Goal in Mind While Taking Actions! 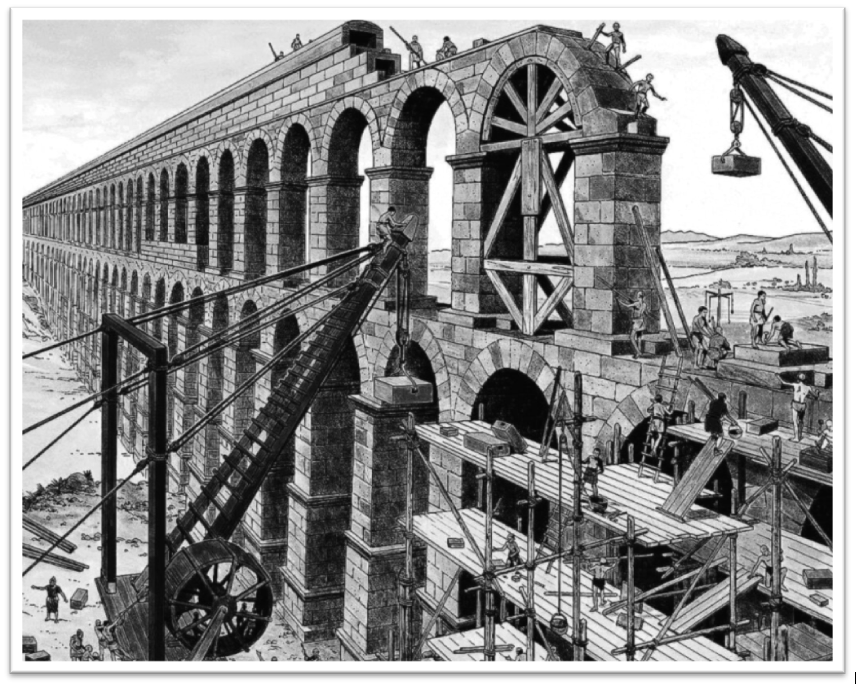 People many a time start taking actions, without keeping end outcome in mind. When they reach half way they realise that these actions are not sufficient enough to achieve the end goal but by that time it’s too late. If somebody ask me the most precious thing in world, I would say it’s TIME. You can earn money but you cannot earn TIME. Once it’s lost, it’s gone, we can never ever bring that back!

If we take actions considering end goal in mind, then the preparedness will be quite different & effective. Later, these actions will pay off otherwise leave you in lurch.

Here is one very interesting story on “Why it’s very important to have good plan & make full-kit ready before starting of action once you know our End Goal”. Once you have clarity on goal, you will be able to align your resources and also you will be able to think & create new resources whenever require.

This story is from one of my favourite book The Millionaire FASTLANE: Crack the Code to Wealth and Live Rich for a Lifetime by MJ DeMarco, which gives several important & useful insights.

“A great Egyptian pharaoh summons his twin nephews, Chuma and Azur, and commissions them to a majestic task: Build two monumental pyramids as a tribute to Egypt. Upon completion of each nephew’s pyramid, Pharaoh promises each an immediate reward of kingship, retirement amidst riches and lavish luxury for the rest of their natural lives. Additionally, each nephew must construct his pyramid alone.

Chuma and Azur, both 18, know their daunting task will take years to complete. Nonetheless, each is primed for the challenge and honored by the Pharaoh’s directive. They exit Pharaoh’s chambers ready to begin the long pyramid-building process. Azur begins immediately. He slowly drags large heavy stones into a square formation. After a few months, the base of Azur’s pyramid takes shape. Townsfolk gather around Azur’s constructive efforts and praise his handiwork. The stones are heavy and difficult to move, and after one year of heavy labor, Azur’s perfect square foundation to the pyramid is nearly finished.

But Azur is perplexed. The plot of land that should bear Chuma’s pyramid is empty. Not one stone has been laid. No foundation. No dirt engravings. Nothing. It’s as barren as it was a year ago when Pharaoh commissioned the job. Confused, Azur visits Chuma’s home and finds him in his barn diligently working on a twisted apparatus that resembles some kind of human torture device. Azur interrupts, “Chuma! What the hell are you doing!? You’re supposed to be building Pharaoh a pyramid and you spend your days locked in this barn fiddling with that crazy machine?”

Chuma cracks a smile and says, “I am building a pyramid, leave me alone.” Chuma was planning for actions, before taking action considering end goal in mind. Azur scoffs, “Yeah, sure you are. You haven’t laid one stone in over a year!” Chuma, engrossed but unfazed by his brother’s accusation retorts, “Azur, you’re short-sightedness and thirst for wealth have clouded your vision. You build your pyramid and I will build mine.” As Azur walks away, he chides, “You fool! Pharaoh will hang you in the gallows when he discovers your treason.”

Another year passes and Azur solidifies the base of his pyramid and begins the second level. Except a problem arises. Azur struggles in his progress. The stones are heavy and he cannot raise them to the pyramid’s second level. Challenged by his physical limitations, Azur recognizes his weakness: he needs more strength to move heavier stones, and to do so, seeks the counsel of Bennu, Egypt’s strongest man.

For a fee, Bennu trains Azur to build bigger and stronger muscles. With great strength, Azur anticipates the heavier stones will be easier to lift onto the higher levels. Meanwhile, Chuma’s pyramid plot is still vacant. Azur assumes his brother has a deathwish since, by all appearances, Chuma is violating Pharaoh’s mandate. Azur forgets about his brother and his non-existent pyramid.

Another year passes and Azur’s pyramid construction slows to a disheartening crawl. One stone placement takes one month. Moving stones to the upper levels require great strength and Azur spends much of his time working with Bennu to build greater strength. Additionally, Azur is spending most of his money on counseling fees and the exotic diet required for the training.

Azur estimates at his current construction pace, his pyramid will be completed in another 30 years. Unfazed, Azur lauds, “After three years, I’ve far surpassed my brother. He hasn’t placed one stone yet! That fool!”

Then, suddenly, one day while hauling a heavy stone, Azur hears a loud commotion erupting from the town square. The townsfolk, regular observers to his work, abruptly abandon his plot to examine the celebratory fuss. Curious himself, Azur leaves to investigate. Surrounded by a cheering crowd, Chuma trolls up the town square commandeering a 25-foot contraption, a towering machine built from a twisted maze of gantries, wheels, levers, and ropes. Action started in right direction.

As Chuma slowly moves up the village street amidst the jubilant crowd, Azur fears the explanation. After a short trawl to Chuma’s barren pyramid plot, Azur’s suspicions are confirmed. Within minutes, Chuma’s strange machine starts moving heavy stones and begins to lay the foundation to his pyramid.

One after another, the machine effortlessly lifts the stones and softly places them side-by-side into place. Miraculously, the machine requires little effort for Chuma’s operation. Crank a wheel attached to a rope and cantilever entwined by a gear system, and bingo! Heavy stones are moved quickly and magically. 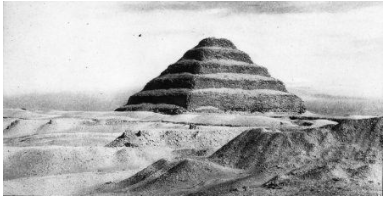 Achievement of Goal (Power of actions)

While Azur’s pyramid foundation took over a year to build, Chuma lines up the foundation to his pyramid within one week. The second level that Azur struggled with is more shocking: Chuma’s machine does the work 30 times quicker.

What took Azur two months takes Chuma’s machine two days. After 40 days, Chuma and his machine accomplish as much as Azur’s three years of toilsome work. The revelation destroys Azur. He spent years doing the heavy lifting while Chuma built a machine to do it for him. Instead of honoring the machine and Chuma’s action plan, Azur stubbornly vows, “I must get stronger! I must lift heavier stones!” He continue work in this fixed mindset.

Azur continues the hard labor of pyramid building while Chuma continues to work the crank of his machine. After eight years, Chuma finishes his pyramid at age 26: three years to build the system and five years to reap the benefits of the system (actions pays off). The great pharaoh is pleased and does as promised. He rewards Chuma with kingship and endows him with great riches. Chuma never has to work another day in his life.

This mindless prescription leads Azur to a lifetime of sweat and drudgery. He never finishes his pyramid promised to Pharaoh simply because he decides to do the heavy lifting himself when he should have focused on a system to do it for him. Azur has a heart attack and dies while on the 12th level of his pyramid, just two levels from finishing. He never experiences the great riches promised by Pharaoh (actions without considering end goal in mind, leads to nowhere).

Meanwhile, Chuma retires 40 years early in a crown of luxury. Sloshing in free time, Chuma goes on to become Egypt’s greatest scholar and an accomplished inventor. He is entombed alongside Pharaoh in the same pyramid he built.” Train your Mind for “Both” not for “Either-Or”