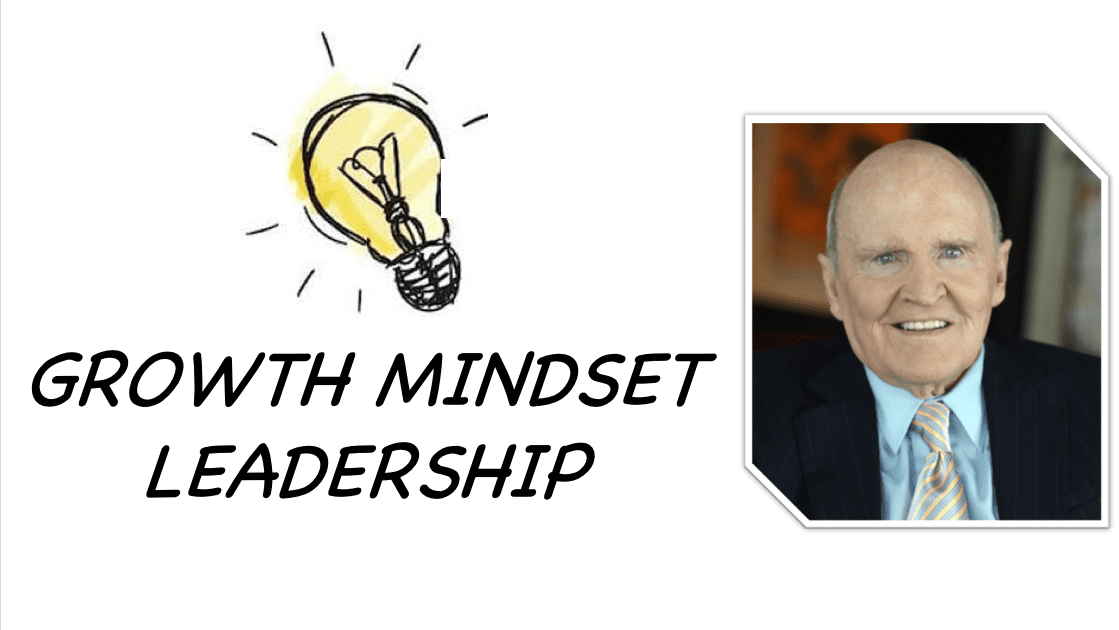 A Growth Mindset, proposed by Stanford professor Carol Dweck (American psychologist) in her book Mindset, describes people who believe that their success depends on time and effort. People with a growth mindset feel their skills and intelligence can be improved with effort and persistence. They embrace challenges, persist through obstacles, learn from criticism and seek out inspiration in others’ success.

When you enter the world of the growth-mindset leaders, everything changes. It brightens, it expands, it fills with energy, with possibility. You think, Gee, that seems like fun! It has never entered my mind to lead a corporation, but when I learned about what these leaders had done, it sounded like the most exciting thing in the world.

As growth-minded leaders, they start with a belief in human potential and development—both their own and other people’s. Instead of using the company as a vehicle for their greatness, they use it as an engine of growth—for themselves, the employees, and the company as a whole.

One of the best real life example on growth mindset leadership is beautifully described in book Mindset by Carol Dweck.

When Jack Welch took over GE in 1980, the company was valued at $14 billion. Twenty years later, it was valued by Wall Street at $490 billion (it’s 35 time!). It was the most valuable company in the world. Fortune magazine called Welch “the most widely admired, studied, and imitated CEO of his time. . . . His total economic impact is impossible to calculate but must be a staggering multiple of his GE performance.”

But to me even more impressive was an op-ed piece in The New York Times by Steve Bennett, the CEO of Intuit. “I learned about nurturing employees from my time at General Electric from Jack Welch. . . . He’d go directly to the front-line employee to figure out what was going on. Sometime in the early 1990s, I saw him in a factory where they made refrigerators in Louisville. . . . He went right to the workers in the assembly line to hear what they had to say. I do frequent CEO chats with front-line employees. I learned that from Jack.”

This vignette says a lot. Jack was obviously a busy guy. An important guy. But he didn’t run things like Iacocca—from the luxurious corporate headquarters where his most frequent contacts were the white-gloved waiters. Welch never stopped visiting the factories and hearing from the workers. These were people he respected, learned from, and, in turn, nurtured.

Then there is the emphasis on teamwork, not the royal I. Right away—right from the “Dedication” and the “Author’s Note” of Welch’s autobiography—you know something is different. It’s not the “I’m a hero” of Lee Iacocca or the “I’m a superstar” of Alfred Dunlap—although he could easily lay claim to both.

Instead, it’s “I hate having to use the first person. Nearly everything I’ve done in my life has been accomplished with other people. . . . Please remember that every time you see the word I in these pages, it refers to all those colleagues and friends and some I might have missed.” Or “[These people] filled my journey with great fun and learning. They often made me look better than I am.”

Interestingly, before Welch could root the fixed mindset out of the company, he had to root it out of himself. And believe me, Welch had a long way to go. He was not always the leader he learned to be. In 1971, Welch was being considered for a promotion when the head of GE human resources wrote a cautioning memo.

He noted that despite Welch’s many strengths, the appointment “carries with it more than the usual degree of risk.” He went on to say that Welch was arrogant, couldn’t take criticism, and depended too much on his talent instead of hard work and his knowledgeable staff. Not good signs.

Fortunately, every time his success went to his head, he got a wake-up call. One day, young “Dr.” Welch, decked out in his fancy suit, got into his new convertible. He proceeded to put the top down and was promptly squirted with dark, grungy oil that ruined both his suit and the paint job on his beloved car. “There I was, thinking I was larger than life, and smack came the reminder that brought me back to reality. It was a great lesson.”

There is a whole chapter titled “Too Full of Myself” about the time he was on an acquisition roll and felt he could do no wrong. Then he bought Kidder, Peabody, a Wall Street investment banking firm with an Enron-type culture. It was a disaster that lost hundreds of millions of dollars for GE. “The Kidder experience never left me.” It taught him that “there’s only a razor’s edge between self-confidence and hubris. This time hubris won and taught me a lesson I would never forget.”

From his experiences, Welch learned more and more about the kind of manager he wanted to be: a growth-minded manager—a guide, not a judge. When Welch was a young engineer at GE, he caused a chemical explosion that blew the roof off the building he worked in. Emotionally shaken by what happened, he nervously drove the hundred miles to company headquarters to face the music and explain himself to the boss.

But when he got there, the treatment he received was understanding and supportive. He never forgot it. “Charlie’s reaction made a huge impression on me. . . . If we’re managing good people who are clearly eating themselves up over an error, our job is to help them through it.”

He learned how to select people: for their mindset, not their pedigrees. Originally, academic pedigrees impressed him. He hired engineers from MIT, Princeton, and Caltech. But after a while, he realized that wasn’t what counted. “Eventually I learned that I was really looking for people who were filled with passion and a desire to get things done. A resume didn’t tell me much about that inner hunger.”

Then came a chance to become the CEO. Each of the three candidates had to convince the reigning CEO he was best for the job. Welch made the pitch on the basis of his capacity to grow. He didn’t claim that he was a genius or that he was the greatest leader who ever lived. He promised to develop, got the job and made good on his promise.

Immediately, he opened up dialogue and the channels for honest feedback. He quickly set to work asking executives what they liked and disliked about the company and what they thought needed changing. Boy, were they surprised. In fact, they’d been so used to kissing up to the bosses that they couldn’t even get their minds around these questions.

Then he spread the word: This company is about growth, not self-importance.

He shut down elitism—quite the opposite of our fixed-mindset leaders. One evening, Welch addressed an elite executive club at GE that was the place for movers and shakers to see and be seen. To their shock, he did not tell them how wonderful they were. He told them, “I can’t find any value in what you’re doing.” Instead, he asked them to think of a role that made more sense for them and for the company.

A month later, the president of the club came to Welch with a new idea: to turn the club into a force of community volunteers. Twenty years later that program, open to all employees, had forty-two thousand members. They were running mentoring programs in inner-city schools and building parks, playgrounds, and libraries for communities in need. They were now making a contribution to others’ growth, not to their own egos.

He got rid of brutal bosses. Iacocca tolerated and even admired brutal bosses who could make the workers produce. It served his bottom line. Welch admitted that he, too, had often looked the other way. But in the organization he now envisioned, he could not do that. In front of five hundred managers, “I explained why four corporate officers were asked to leave during the prior year—even though they delivered good financial performance. . . . [They] were asked to go because they didn’t practice our values.” The approved way to foster productivity was now through mentoring, not through terror.

And he rewarded teamwork rather than individual genius. For years, GE, like Enron, had rewarded the single originator of an idea, but now Welch wanted to reward the team that brought the ideas to fruition. “As a result, leaders were encouraged to share the credit for ideas with their teams rather than take full credit themselves. It made a huge difference in how we all related to one another.”

Jack Welch was not a perfect person, but he was devoted to growth. This devotion kept his ego in check, kept him connected to reality, and kept him in touch with his humanity. In the end, it made his journey prosperous and fulfilling for thousands of people. Contradictory Thoughts about Money, Keep You Away from It…

Being Rich is a Right !

[…] nice that employees in growth-mindset organizations feel trusting and committed, but what about agility and innovation? That’s something that […]

[…] IQ or technical skills? It’s emotional intelligence (EI): a group of five skills that enable the best leaders to maximize their own and their followers’ performance. When senior managers at one company had a […]