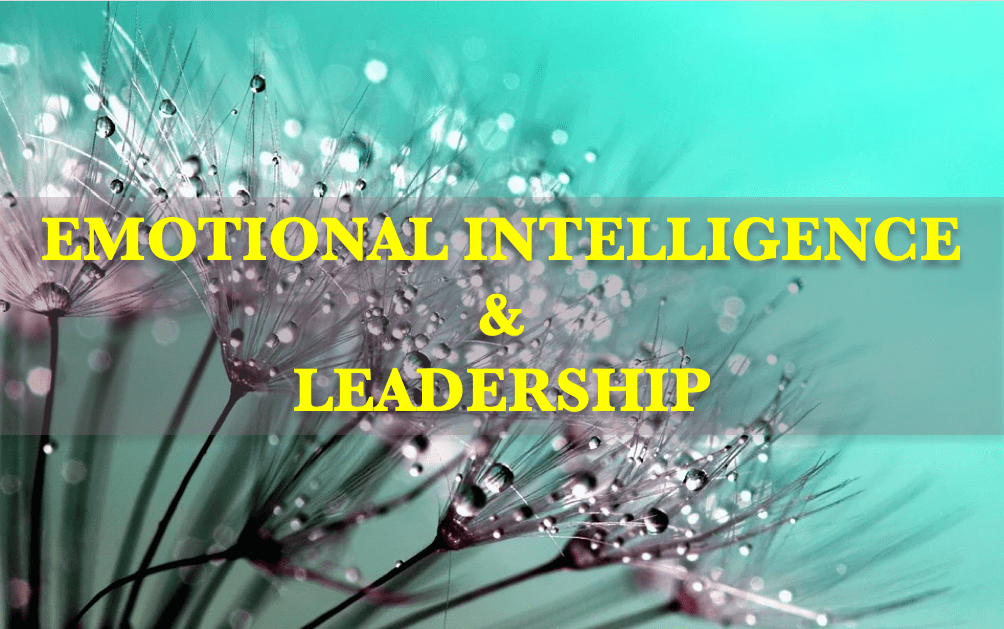 Emotional Intelligence plays a critical role in leadership skills. What distinguishes great leaders from merely good ones? It isn’t IQ or technical skills? It’s emotional intelligence (EI): a group of five skills that enable the best leaders to maximize their own and their followers’ performance. When senior managers at one company had a critical mass of EI capabilities, their divisions outperformed yearly earnings goals by 20%.

I have personally gone through training on the subject ‘Emotional Intelligence at workplace’ and found this as a one of outstanding training till time for self. How to approach people, how to manage your own emotions, and also of others. Dealing with people is basically dealing with emotions. If you manage that effectively, you can convince anyone in the hierarchy for your idea, your views.

Even if you start actively listening to people, they come all the way to support you at the workplace.

What is Emotional Intelligence?

Emotional intelligence has been defined, by Peter Salovey and John Mayer, as “the ability to monitor one’s own and other people’s emotions, to discriminate between different emotions and label them appropriately, and to use emotional information to guide thinking and behavior”.

Emotional Strength was first introduced by Abraham Maslow in the 1950s. The term “emotional intelligence” seems first to have appeared in a 1964 paper by Michael Beldoch. 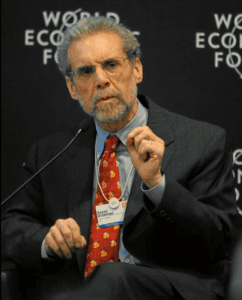 Daniel Goleman has done extensive research on EI role in leadership. Every businessperson knows a story about a highly intelligent, highly skilled executive who was promoted into a leadership position only to fail at the job. And they also know a story about someone with solid—but not extraordinary—intellectual abilities and technical skills who was promoted into a similar position and then soared. (Image credit Wikipedia)

Such anecdotes support the widespread belief that identifying individuals with the “right stuff” to be leaders is more art than science. After all, the personal styles of superb leaders vary: Some leaders are subdued and analytical; others shout their manifestos from the mountaintops. And just as important, different situations call for different types of leadership. Most mergers need a sensitive negotiator at the helm, whereas many turnarounds require a more forceful authority.

The most effective leaders have a high degree of what has come to be known as emotional intelligence. It’s not that IQ and technical skills are irrelevant. They do matter, but mainly as “threshold capabilities”; that is, they are the entry-level requirements for executive positions. But his research, along with other recent studies, clearly shows that emotional intelligence is the sine qua non of leadership. Without it, a person can have the best training in the world, an incisive, analytical mind, and an endless supply of smart ideas, but he still won’t make a great leader.

Most large companies today have employed trained psychologists to develop what are known as “competency models” to aid them in identifying, training, and promoting likely stars in the leadership firmament. Psychologists have also developed such models for lower-level positions. And in recent years, Daniel Goleman has analyzed competency models from 188 companies, most of which were large and global and included the likes of Lucent Technologies, British Airways, and Credit Suisse.

In carrying out this work, his objective was to determine which personal capabilities drove outstanding performance within these organizations, and to what degree they did so.

He grouped capabilities into three categories: purely technical skills like accounting and business planning; cognitive abilities like analytical reasoning; and competencies demonstrating emotional intelligence, such as the ability to work with others and effectiveness in leading change.

To create some of the competency models, psychologists asked senior managers at the companies to identify the capabilities that typified the organization’s most outstanding leaders. To create other models, the psychologists used objective criteria, such as a division’s profitability, to differentiate the star performers at senior levels within their organizations from the average ones.

Those individuals were then extensively interviewed and tested, and their capabilities were compared. This process resulted in the creation of lists of ingredients for highly effective leaders. The lists ranged in length from seven to 15 items and included such ingredients as initiative and strategic vision.

When he analyzed all this data, he found dramatic results. To be sure, intellect was a driver of outstanding performance. Cognitive skills such as big-picture thinking and long-term vision were particularly important. But when he calculated the ratio of technical skills, IQ, and emotional intelligence as ingredients of excellent performance, emotional intelligence proved to be twice as important as the others for jobs at all levels.

Other researchers have confirmed that emotional intelligence not only distinguishes outstanding leaders but can also be linked to strong performance. The findings of the late David McClelland, the renowned researcher in human and organizational behavior, are a good example.

In a 1996 study of a global food and beverage company, McClelland found that when senior managers had a critical mass of emotional intelligence capabilities, their divisions outperformed yearly earnings goals by 20%. Meanwhile, division leaders without that critical mass underperformed by almost the same amount. McClelland’s findings, interestingly, held as true in the company’s U.S. divisions as in its divisions in Asia and Europe.

(credit to HBR on Emotional Intelligence by Daniel Goleman)

Success… Personal Development is the Key!

Affirmation….A Seed in Mind Soil – How to make them work for you?

Affirmation….A Seed in Mind Soil - How to make them work for you?