Business Beyond Comfort Zone! How to avoid undesirable consequences? 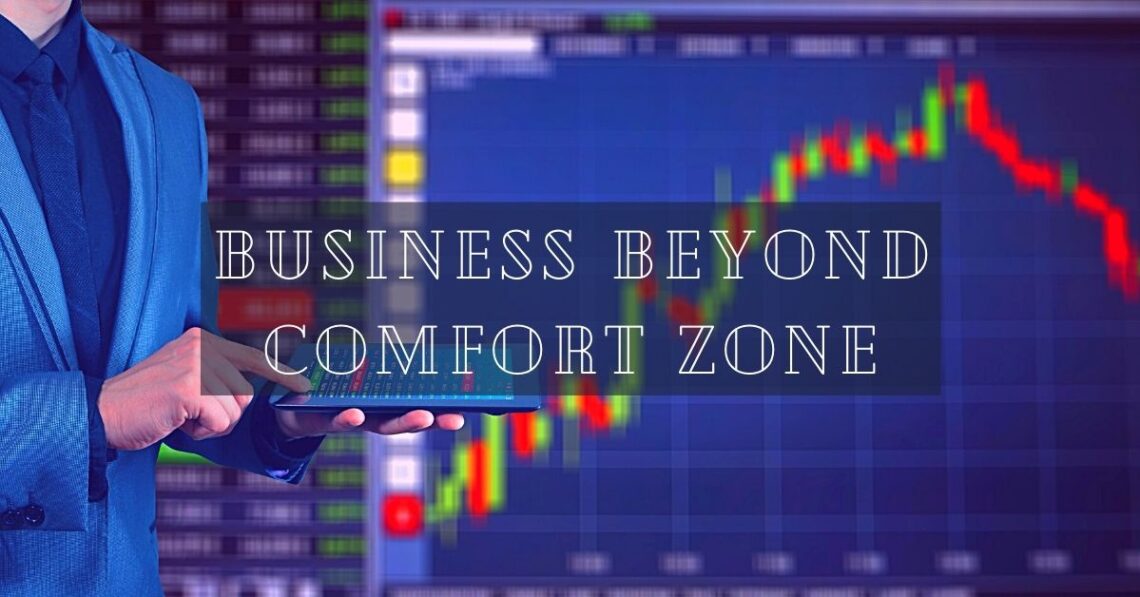 Every Adolescent business reaches a point where it pushes beyond its owner’s Comfort Zone—the boundary within which he feels secure in his ability to control his environment, and outside of which he begins to lose that control.

The Technician’s boundary is determined by how much he can do himself.

The Manager is defined by how many technicians he can supervise effectively or how many subordinate managers he can organize into a productive effort.

The Entrepreneur’s boundary is a function of how many managers he can engage in the pursuit of his vision.

As a business grows, it invariably exceeds its owner’s ability to control it—to touch, feel, and see the work that needs to be done, and to inspect its progress personally as every technician needs to do.

Out of desperation, he does what he knows how to do rather than what he doesn’t, thereby resigning his role as manager and passing his accountability down to someone else—a “Harry.”

At that point, his desperation turns into hope. He hopes that Harry will handle it so that he won’t have to worry about it anymore.

But Harry has needs of his own. Harry’s also a technician. He needs more direction than The Technician can give him. He needs to know why he’s doing what he’s doing. Herry needs to know the result he’s accountable for and the standards against which his work is being evaluated. He also needs to know where the business is going and where his accountabilities fit into its overall strategy.

To produce effectively, Harry needs something The Technician-turned-business-owner isn’t capable of giving him—a manager! And the lack of one causes the business to go into a dive.

And as the business grows beyond the owner’s Comfort Zone, the speed to dive accelerates. With this business landed up with below alternatives.

One of the most consistent and predictable reactions of The Technician-turned-business-owner to Adolescent chaos is the decision to “get small” again. If you can’t control the chaos, get rid of it.

Go back to the way it used to be when you did everything yourself when you didn’t have people to worry about, or too many customers and too many unpayable payables or too much inventory.

In short, go back to the time when business was simple, back to Infancy.

One morning—it could be six weeks or six years following the day you “got small” again—the inevitable happens.

You wake up in bed, and your spouse turns to you and says: “What’s wrong? You’re not looking too good.”

“I’m not feeling too good,” you answer.

“Do you want to talk about it?” he or she asks.

Then your spouse asks you the obvious question: “But if you don’t, who will?”

At that point, you feel the despair and the cynicism almost every small business owner gets to feel. Finally, you close the doors. There’s nothing to keep you there anymore. Your business, once the shining promise of your life, and now no promise at all, has gradually become a mortuary for dead dreams.

The Adolescent business has another alternative that is certainly less painful and decidedly more dramatic than “getting small.” It can just keep growing faster and faster until it self-destructs of its own momentum.

The roll call is endless: Compaq Computers, Kodak, Circuit City, Itel, Osbourne Computer, Coleco, and countless more. Most of such “going-for-broke” companies were started with an Entrepreneurial Seizure by a Technician who focused on the wrong end of the business, the commodity the business made, rather than the business itself.

With the explosion of new technology and the numbers of those who create it, a whole new breed of technicians has flocked to the business arena.

Unfortunately, most of these companies barely get through the doors before the uncontrollable momentum that got them there forces them to stumble and then fall.

As quickly as it grows, chaos grows even faster. For tied to the tail of a technological breakthrough, The Technician and his people rarely break free long enough to gain some perspective about their condition. The demand for the commodity of which they are so proud quickly exceeds their chronically Adolescent ability to produce it.

The result is almost always catastrophic. The business explodes, leaving behind it people who most often justify the explosion as an inevitable consequence of doing business on a “fast track” where luck and speed and a brilliant bit of technological daring-do are the necessary components for making it big.

The reality is otherwise.

The most tragic possibility of all for an Adolescent business is that it actually survives!

You’re an incredibly strong-willed, stubborn, single-minded individual who’s determined not to be beaten. You go into your business every morning, absolutely convinced that it’s a jungle out there, and fully committed to doing whatever’s necessary to survive.

And you do survive. Kicking and scratching, beating up your people and your customers, ranting and raving at your family and friends—because, after all, you’ve got to keep the business going. And you know there’s only one way to do it: you’ve got to be there—all the time.

In Adolescent Survival, you’re consumed by the business and the possibility of losing it.

And so you put everything you have into it. And, for whatever reason, you manage to keep it going. Day after day, fighting the same battles, in exactly the same way you did the day before. Night after night, you go home to unwind, only to wind up even tighter in anticipation of tomorrow. Finally, your business doesn’t explode—you do!

You’re like a twelve-cylinder engine working on one cylinder, pumping away, trying with everything you’ve got to produce twelve cylinders worth of results. But finally, and inevitably, there’s nothing left. There’s simply nothing more you can do, except face the fact that one cylinder can’t produce the results of twelve, no matter how hard it tries.

Instead of managing business mainly with the technician’s mind, you need to harmonize your three personalities, The Technician, The Manager, and The Entrepreneur. The first personality has the good technicality of what your business is all about; knowing the root, the second personality is good at managing the things including technician. The third personality is most important, who has the vision & knows how to give direction to the business towards that vision. This personality also plays an important role in engaging managers as well as technicians.

To run a business successfully & to have unlimited growth, we must avoid personality conflict within our-self.

From day one, you must check the direction of your business with respect to vision. In business, problems arise, so we must seek solutions with the support of team members in that problem area. Many a time we underestimate the capabilities of our teammates, but they can provide ultimate solutions. Or sometimes even we must seek support from experts in that area. Such experts can save a lot of time and energy for you with their rich experience. (Content is inspired from ‘The E-Myth Revisited’ by Michael E. Gerber)

“There’s no shortage of remarkable ideas, what’s missing is the will to execute them.” – Seth Godin

How to Reset Self-Limiting Beliefs (About Money)

Power of Affirmation – To make your day to day life effective!

Power of Affirmation - To make your day to day life effective!