Beliefs & Success – A power within you will make the impossible possible!

Beliefs have a direct connection to success and failure in your life. Did you know that you consciously use only 10% of your brain? What’s fascinating is that the rest 90% of your mind which is subconscious. And most important is, this sleeping or subconscious mind controls your way of living and your deep-set beliefs!

Belief can Move the Mountain

Some of the most practical success-building wisdom is found in that Biblical quotation stating that faith can move mountains.

Believe, really believe, you can move a mountain, and you can. Not many people believe that they can move mountains. So, as a result, not many people do.

The majority of the people generally think like “It’s nonsense to think you can make a mountain move away just by saying ‘Mountain, move away.’ It’s simply impossible.”

But you can move a mountain with belief. You can win success by believing you can succeed. There is nothing magical or mystical about the power of belief. Belief works this way. Belief, the “I’m-positive-I-can” attitude, generates the power, skill, and energy needed to do. When you believe I-can-do-it, the how-to-do-it develops.

Every day all over the nation young people start working in new jobs. Each of them “wishes” that someday he could enjoy the success that goes with reaching the top. But the majority of these young people simply don’t have the belief that it takes to reach the top. And they don’t reach the top. Believing it’s impossible to climb high, they do not discover the steps that lead to great heights. Their behavior remains that of the “average” person.

But a small number of these young people really believe they will succeed. They approach their work with the “I’m-going-to the-top” attitude. And with substantial belief, they reach the top. Believing they will succeed—and that it’s not impossible—these people study and observe the behavior of senior executives. They learn how successful people approach problems and make decisions. They observe the attitudes of successful people. The how-to-do-it always comes to the person who believes he can do it.

Following are the real-life examples of positive beliefs shared by David J. Schwartz in the book ‘The Magic of Thinking Big’ 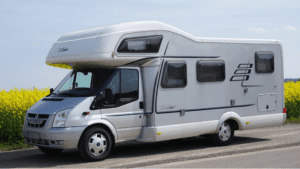 A young woman decided two years ago that she was going to establish a sales agency to sell mobile homes. She was advised by many that she shouldn’t—and couldn’t—do it.

She had less than $3,000 in savings and was advised that the minimum capital investment required was many times that.

“Look how competitive it is,” she was advised. “And besides, what practical experience have you had in selling mobile homes, let alone managing a business?” her advisors asked.

“But,” she said, “all the evidence I can gather shows that the mobile home industry is going to expand. On top of that, I’ve studied my competition. I know I can do a better job of merchandising trailers than anybody else in this town. I expect to make some mistakes, but I’m going to be on top in a hurry.”

And she was. She had little trouble getting capital. Her absolutely unquestioned belief that she could succeed with this business won her the confidence of two investors. And armed with complete belief, she did the “impossible”—she got a trailer manufacturer to advance her a limited inventory with no money down.

Belief, strong belief, triggers the mind to figure ways and means and how-to. And believing you can succeed makes others place confidence in you.

Most people do not put much stock in belief. Just a few weeks ago a person who is an official with a state highway department in a mid-western state (USA) shared a “mountain-moving” experience with the writer.

It goes like “Last month our department sent notices to a number of engineering companies that we were authorized to retain some firm to design eight bridges as part of our highway-building program. The bridges were to be built at a cost of $5,000,000. The engineering firm selected would get a 4 percent commission, or $200,000, for its design work.

“I talked with twenty-one engineering firms about this. The four largest decided right away to submit proposals. The other seventeen companies were small, having only three to seven engineers each. The size of the project scared off sixteen of these seventeen. They went over the project, shook their heads, and said, in effect, ‘It’s too big for us. I wish I thought we could handle it, but it’s no use even trying.’

“But one of these small firms, a company with only three engineers, studied the plans and said, ‘We can do it. We’ll submit a proposal.’ They did, and they got the job.”

Actually, in these modern times beliefs are doing much bigger things than moving mountains. The most essential element in our space explorations today is belief that space can be mastered. Without a firm, unwavering belief that man can travel in space, our scientists would not have the courage, interest, and enthusiasm to proceed.

The belief that cancer can be cured will ultimately produce cures for cancer. Nowadays the belief to protect the environment will pave its way. We shall only devise the system to curb various types of pollutions.

Mar’21, Technology to solve the global plastics problem becomes reality. In a bid to solve the global plastic crisis, Mura Technology [“Mura”], the UK-based technology company, has announced that construction has started on the world’s first commercial-scale plant to use its revolutionary “hydrothermal” process, able to recycle all forms of plastic waste and provide the raw ingredients for a sustainable circular plastic economy.(https://www.hydrocarbonprocessing.com/news/2021/03/technology-to-solve-the-global-plastics-problem-becomes-reality).

Beliefs in great results are the driving force, the power behind all great books, plays, scientific discoveries. Positive Beliefs in success are the one basic, absolutely essential ingredient of successful people.

Top Money Quotes to Live by – Money is Power, Be Ambitious to Have it…

The Power of Written Goals! – Get clear on what you want to accomplish

The Power of Written Goals! - Get clear on what you want to accomplish

Habit of Saving Money! - Way towards living a prosperous life

[…] It’s mainly our belief system. If we talk about beliefs around money or rich people, positive beliefs leads to prosperous life and negative beliefs lead to a struggling […]